The fantastic Khalsa Karate squad at YMCA Hawker is going from strength to strength with an amazing achievement in May. It won the accolade of being in the top 10 Karate Associations in Britain – and with only 13 competitiors in the first year, compared to much bigger Associations.

“Proud of my squad is an understatement,” says Sat Sehra, head of the Khalsa Karate Association and Head Instructor at YMCA Hawker. “I want to thank my coaches Anthony Balkissoon, Leonie Kersey, Robbie Robb and Kieron Nunkoo, Lesley Phillips and Kathy Plumley, plus all my amazing club and instructors at YMCA Hawker.”

Back in April, the Association competed in its first Senior English Championship. “We took 16 competitors in our squad and reached nine finals. We won a gold, eight silver medals and six bronze medals. An amazing achievement!”

The Khalsa Karate club at YMCA Hawker is a huge success story and has been nurturing the talents of local youngsters for 18 years. “I started with three students and now have around 400 students, of all ages and abilities,” explains Sat.

The values of the club are the same as YMCAs, about encouraging young people to flourish, building their self-esteem and confidence and making an impact in local communities. Young students start aged 6 and tend to stay until they are much older; it’s a club ethos that appeals and is enduring. “My students stay because I get the older ones involved in teaching the younger ones, that helps build their confidence.”

10am – 11am Children’s Beginners / Intermediates 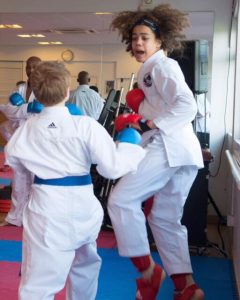 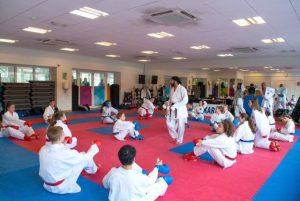 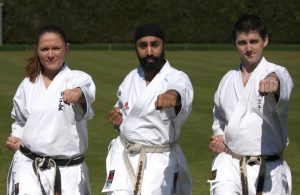