Home » Our Board of Trustees

Our Board of Trustees

Andy joined YMCA St Paul’s Group at the beginning of 2016 and is the Chair of our Board of Trustees. He has over 25 years of experience in the Care and Support sector, mostly as a senior manager with a housing association that included managing schemes for adults with a learning disability and mental health and also residential care for older people. Previous roles include being Head of Housing to provide general needs accommodation within large housing estates. Andy is currently Chief Executive of a Housing Association in Essex.

Prior to joining the YMCA he was Chair of another Board of Trustees that provided respite care across East London and Essex. Andy’s interest in YMCA comes from a previous role working with young adults within a Housing Association, to provide accommodation, support, education and training to vulnerable and homeless 16 – 24 years olds. Andy is experienced in mentoring and coaching and has mentored many senior managers in recent years, within the private and charity sectors.

He lives in East London with his family and enjoys being a season ticket holder for a West London football team! He enjoys cycling and rowing and participates in long distance rowing events, mainly on the Thames.

He is an executive committee member of the World Alliance of YMCAs and has been vice chair of YMCA England & Wales.

Duncan is currently chair of the UK’s largest paediatric brain injury rehabilitation service The Children’s Trust, chair of Paym a mobile payments service for 12 of the UK’s largest banks and building societies, a non executive director of the 50,000 home housing association Hyde Group and of Laurence King Publishing. He has been senior independent director at the manufacturer Tullis Russell Group, chair at Faster Payments which enables near instantaneous mobile, internet and telephone payments for 52m UK account holders on behalf of over 400 financial institutions and a non executive director at South West Water. He is a past member of the British Olympic Association’s Advisory Board in the run up to the 2012 Games and of Ofcom’s Advisory Committee for London.

He has a degree from the University of Oxford.

Edward Weiss is a chartered accountant and until recently he was a non-executive Director of an NHS Foundation Trust and a Home Office organisation, the Security Industry Authority, in both cases being Chair of the Audit Committees. Prior to joining these two organisations he was a member of the Criminal Cases Review Commission. Edward has also been a non-executive director and on the Audit Committee of the Criminal Injuries Compensation Authority.

In the voluntary sector, Edward is on the Oxford Diocesan Synod and is diocesan representative of the Church Urban Fund. He was for many years deputy chairman of the National Youth Orchestra.  Edward was Chairman of YMCA Slough and on the YMCA England and Wales national Finance and Audit Committee and National Board, until joining the board of YMCA St Paul‘s Group.

Edward was educated at Marlborough and the University of Paris. He has a BA in History and German from the Open University. He served in the Navy where he obtained a commission and qualified in the Air Branch.  He speaks fluent French and good German. He is married, with four children.

Helen works in finance and her career has been focussed within the private equity and real estate sectors and has included financing, company valuation and improvement, structuring and fund raising.

Helen has a BA in Banking, Finance and Management from Loughborough University and a Diploma in Professional Studies. 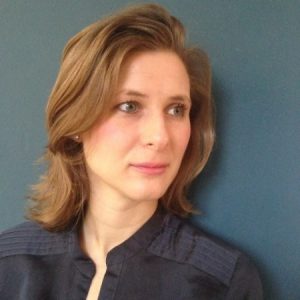 Gerald is currently a Business Development Executive for a Digital Investor Relations and Regulatory Compliance firm in Central London. He previously worked for Coventry and Warwickshire YMCA working in housing, health and wellbeing and youth work. Gerald has been involved with the YMCA for 5 years participating in local, national and international YMCA work. He’s also currently a Youth Ambassador with YMCA England and Wales.

Louise is a Civil Servant in the Ministry of Housing, Communities and Local Government working on Local Government Reform. She previously worked on housing policy for a number of years, including leading the development and implementation of the Affordable Housing Guarantee Scheme, as well as work on Starter Homes, Affordable Home Ownership, and Right to Buy policies. Before that she worked for a large housing association.

Louise also has an MSc in Housing and Regeneration from the London School of Economics, and lives in Surbiton with her husband and two small children.

Ken Youngman has operated at Executive Finance level over a long career, spanning Social Housing, Recruitment, Security Services, Kitchen supply, Music and most recently is Commercial Finance Director at Transport for London. Ken is a qualified accountant, and has had a number of non-executive and chairing roles including past chair of the G15 Finance Directors Group (A group representing the 15 largest housing associations in London) and currently Trustee of Ivy Learning Academy in North London.

Ken is Chair of the Audit and Risk Committee.

A Chartered Engineering Geologist and SiLC (Specialist in Land Condition), Roni has worked on major construction schemes across the UK, including the widening of the A406 and M25. She was formerly Associate Director of one of the UK’s largest Engineering Firms. In 2009, Roni established Jomas Associates, which undertakes site investigations, engineering and environmental surveys across the UK, achieving a turnover of £2m in 2017, and awarded as ‘Best Consultant to Work With’ in the Construction Enquirer Awards, 2018. Her approach is strategic, client, and cost-focused, allowing her to achieve success in her endeavours.

A mother to three boys, Roni is extremely passionate about gender diversity and social mobility, volunteering her time to mentor and coach others. She has written articles for Forbes, LinkedIn, Daily Telegraph, amongst others, and appeared on Sky News, BBC News & London Live TV. In 2018, she received several awards including Black British Business Person of the Year, Natwest’s Athena Inspirational Woman Award, Top 100 Financial Times HERoes: Champions of Women in Business in the UK & Top 100 Financial Time EMpower Ethnic Minority Leaders.

Carol Bailey has spent 20 years in the Construction and Housing Sector, originally from a council estate in Glasgow she has, since a young age, been aware of the needs of young people and communities.

Currently Managing Director of Osbourne Property Services, she has, over a successful and diverse, career gained considerable experience and knowledge in Asset Management, Health and Safety, Procurement and Construction. She is driven to deliver value for money services that in turn provide the right platform to provide transformation in people’s lives.

Carol is passionate about working with YMCA St Paul’s Group as a Board member to help reduce homelessness and improving the communities across the areas where the Association works. As a champion of equality, diversity and inclusion she aims to ensure that the Board engages and empowers all its stakeholders to shape the future of its services.